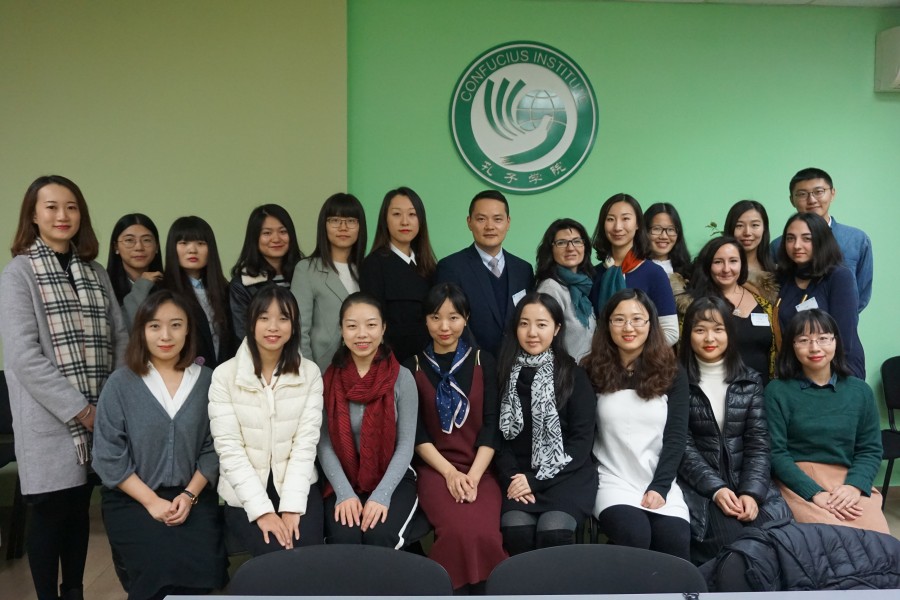 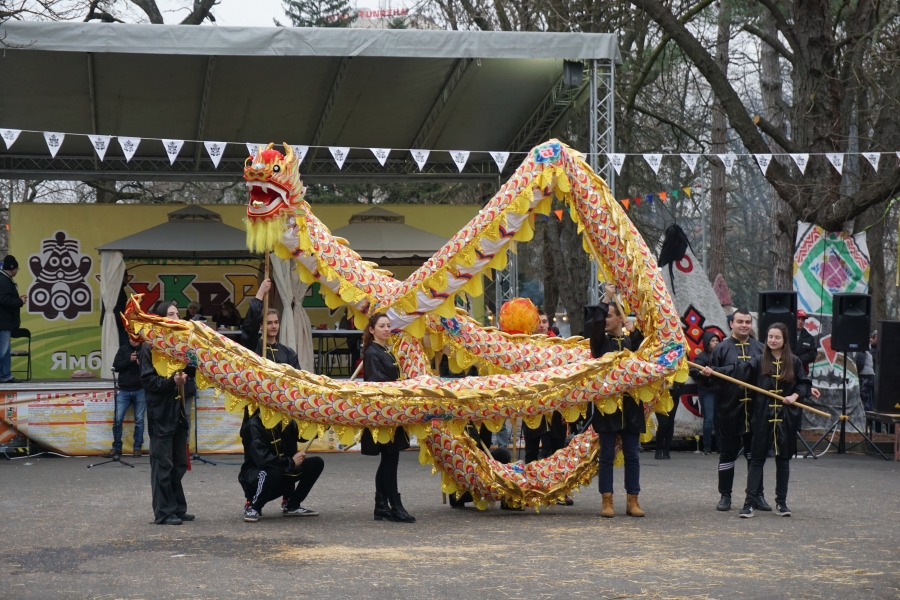 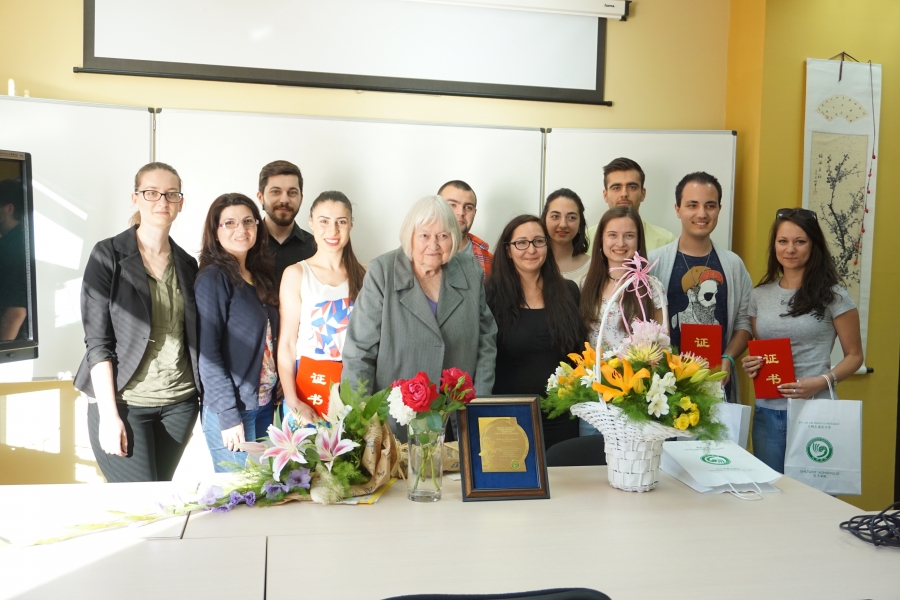 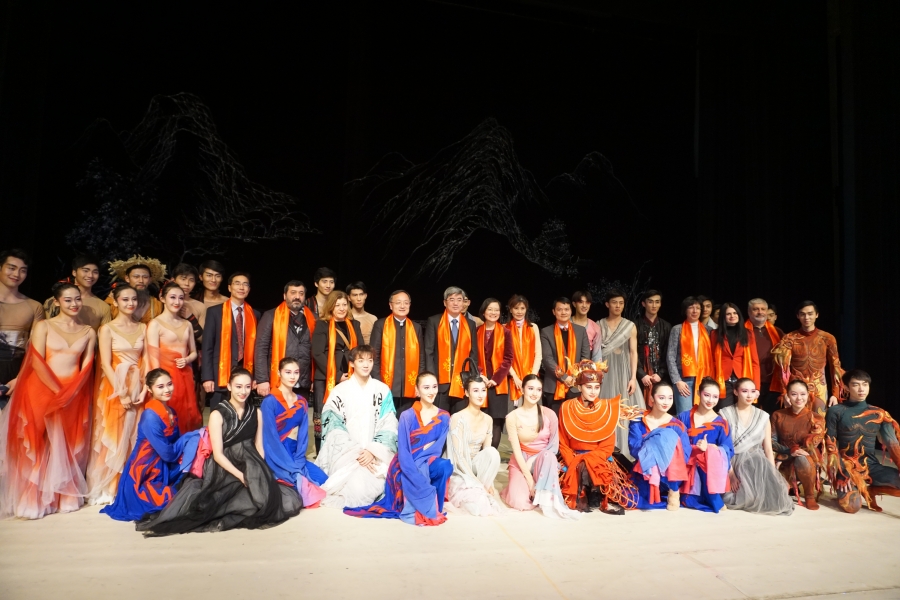 The Confucius Institute (CI) at Veliko Turnovo University (UVT) was founded in October 2012 and in the short period of its existence, with the support of CI/Hanban Headquarters and under the leadership of the CI’s BoA, through the joint efforts of all the CI staff, with innovative and pioneer spirit, we have made great achievements: substantial increase of Chinese teaching sites, students’ number and organization of prestigious events; development of teaching quality and new event brands.

During 2018 with the help of CI at UVT Chinese language and culture have been taught in 14 Bulgarian towns: Veliko Tarnovo, Ruse, Targovishte, Shumen, Varna, Burgas, Dimitrovgrad, Razgrad, Popovo, Sliven, Dryanovo, Svishtov, Chelopech and Sofia. More than 25 big events and concerts were organized throughout the country, we took part in 3 prestigious international festivals, such as the Rose Festival in Kazanlak, the Masquerade Festival in Yambol and “The Muses” Festival in Sozopol and 10 workshops for Chinese crafts were held in different cities in 2018. The 5th international conference “Diplomatic, economic and cultural relations between China and CEE countries” was organized in the beginning of October, which was attended by many mayors, vice-mayors, municipalities’ officials, other universities’ presidents and principals. After the opening of the Bulgarian branch of the International Chinese Language Teachers Training Center at the CI in UVT, the first training of all the volunteers in Bulgaria was held at the end of November 2017. Nearly 50 Chinese language volunteers and Bulgarian lecturers gathered together in the old capital of Bulgaria to share experience and good practices.

In May 2018 Bulgarian-Chinese Forum on International Cluster Policies was held for the first time in Varna Congress and Festival Center, which aimed at promoting trade and economic relations between our countries, in line with the EU-China 2018 tourism initiative, China’s One Belt, One Road Initiative and 16+1 Cooperation Format. The main focus of the event was the cooperation between Bulgarian and Chinese companies, organizations and institutions through the establishment of international cluster links and collaborations.

Following the practice of last years, in 2018 we are teaching courses such as “Chinese for beginners”, “Chinese for advanced”, “Business Chinese”, “Chinese for children”, “HSK/HSKK courses”, “Martial arts” – Tai Chi and Qi Gong to meet the diverse learning needs of different Chinese learners at the CI at UVT. Thus, the number of students is increasing significantly every year, reaching more than 1200 for this academic year, as well as the percentage of the HSK/HSKK exam attendees.

Part Two: Formulation of Regulations and Mechanisms and Cooperation between Chinese and Local Partners

At least once a year the Board of Advisors meeting is officially held either in Bulgaria or in China but actually we are always in touch with the help of apps such as WeChat, where we share ideas all the time and of course immediately share pictures of ongoing events and media coverage.

After encountering some problems with the volunteer teachers and in order to make our work easier and fluent, on July 1 2015 we have developed strict regulations for the structure and activities of the CI at UVT, approved by the President of the University under the decision of the Board.

Upon arrival in Bulgaria every Chinese language lecturer is asked to read the regulations and sign a declaration that will work according to the rules of CI. The regulations consist of 5 chapters, as follows: 1. General conditions, 2. Structure and management, 3. Teaching activities, 4. Staff, 5. Property and financial arrangements and Final Regulations. These regulations arrange the obligations of all the staff of CI and comply with the regulations of UVT and Bulgarian law.

Since the CI is part of the university structure, all the documentation is collected and accounted according to the rules of UVT. For the 6-year period, CI is well-integrated in the university, not only in Veliko Turnovo but and in the biggest cities in Bulgaria as well, and cooperates successfully with more than 10 municipalities, all faculties of UVT, with many schools, kindergartens and youth centers.